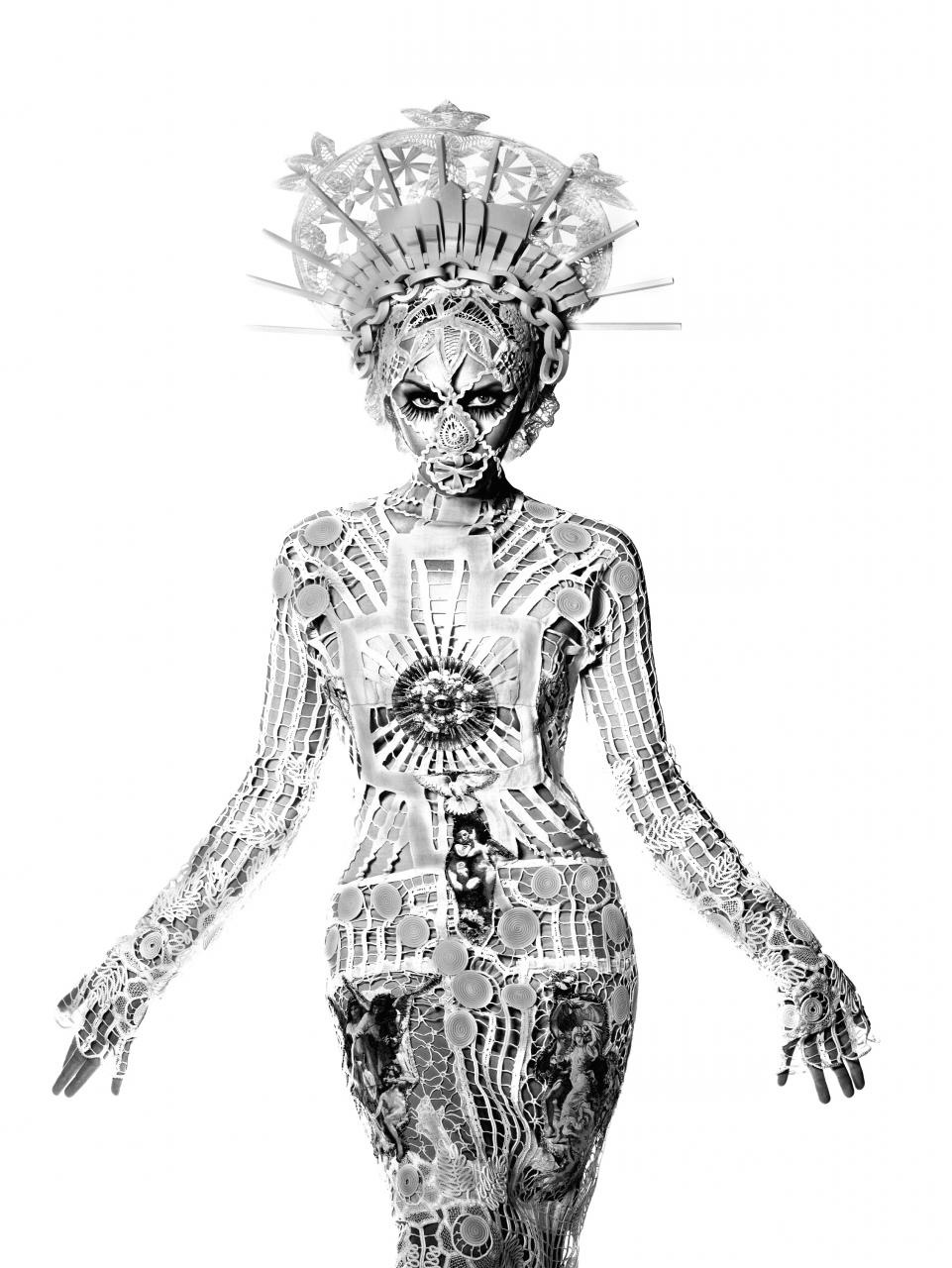 In early 2015, I joined a long, serpentine queue to view The Fashion World of Jean Paul Gaultier: From the Sidewalk to the Catwalk.
Gaultier’s show at Melbourne’s National Gallery of Victoria broke all previous attendance records (around 226,000 in its last days).
To enter the exhibition was to be awestruck: to experience awe at the sheer power of human imagination; and to see awe, delight, shock and surprise reflected on people’s faces as they wandered through one sensational gallery after another.
On one of the exhibition panels, Gaultier had described his approach to creativity as being one of ‘devout irreverence’.
That phrase leaped out at me, and resonated long after the exhibition experience. To me, in this context, devout signifies a kind of respect, a nod to tradition, to history, to cultural specificity, and to the intelligence of people with whom you work and upon whom you depend. A kind of commitment. Irreverent is what he, Gaultier, needs to have in order to create the new. Irreverence is an antidote to the comfort of perceived success, and the kind of institutional ennui that rewards followers rather than thinkers.

“ Perfection is relative and beauty is subjective. I wanted to make imperfection admirable.” Gaultier

By chance, a week or so later, I spent a Saturday afternoon at Signature Prints‘ open studio in Sydney. The founders of Signature Prints had the perspicacity to acquire original silk screen frames and film positives from the (largely forgotten) Florence Broadhurst library, and re-present Broadhurst’s striking decorative designs to a contemporary audience.
Writer Helen O’Neil, who has written a definitive book on Broadhurst’s life and creative output, was on hand to talk to people about Florence’s life.
In summary, Broadhurst was born at Mount Perry in rural Queensland in 1899, and it seems that she spent the rest of her life fleeing her origins and reinventing her history. She won a singing competition in 1915, and started performing in towns and cities across Queensland.  By the early 1920s, she was performing in India, South-East Asia and China.  In 1926, Broadhurst founded a modern academy of arts in Shanghai, known as the Broadhurst Academy, offering tuition in violin, pianoforte, voice production, modern ballroom dancing, classical dancing, musical culture and journalism.  Never one to settle, Broadhurst moved to London and reinvented herself as Madame Pellier, running a dress salon on Bond Street in 1933.
The second world war devastated commerce in London, and Broadhurst ended up back in Sydney; broke, and living in a shared house with an alcoholic print maker. Now, things get really interesting from an innovation perspective. With her back against the wall and no obvious opportunities in sight, she combined her prodigious capacity for invention with the material conditions at hand – a printmaker, his connections, and a post war market ripe for luxury. She went on to employ talented illustrators who could interpret her visual ideas, and an expert printmaker who could execute them. From 1959 to her unsolved murder in 1978, her studio produced remarkable wallpapers and prints that were distributed worldwide.

“I was once asked: “How do you know you are living?” And I said: “I create, so I know I am living.” Florence Broadhurst

Neither Gaultier nor Broadhurst came from rich, privileged backgrounds. And neither of them could have achieved business success alone. What Gaultier and Broadhurst show is that innovation requires some kind of creative intelligence or spark; is always contextual, bounded by history; and is animated by problem solving, adapting to circumstances, and being open to the world. Was it innovation they sought or seek, or a creative life?

Entangled in the tangle

‘Creativity’ and ‘innovation’, ‘ideas’ and ‘imagination’ have become hopelessly entangled in the abstracted vocabulary that permeates contemporary life. We need an ‘ideas boom’, said current Australian Prime Minister Malcolm Turnbull at the launch of the government’s innovation statement in late 2015. Ideas will replace resources as a key economic driver and innovation will somehow make the country more ‘agile’, he pitched to the nation like a Silicon Valley venture capitalist.
If creativity can be defined as original ideas that have value, argues educator Sir Ken Robinson (2015), then it’s collaboration that fuels innovation and puts these ideas to work. And, as innovation continues to be put under the microscope by academics, researchers and consultants, the evidence (Francis, 2015) suggests what’s needed to ‘put ideas to work’ are:

This is all well and good, but how does the drive for innovation mesh with counter trends like getting rid of as many workers as possible in the name of ‘efficiency’? How do the people who survive these endless rounds of ‘structural change’, with the ensuing extra work and surveillance, somehow find the time, energy and ‘constructive conflict’ needed to innovate?  Is it only a certain privileged group of workers who get to be idea generators? If so, then we haven’t moved far from the stratified world of early 20th century Taylorism.

It seems to me that at its nucleus innovation is a deeply human process. It is people, after all, who come up with ideas; not processes, products or systems. It is people who make choices, take risks, who turn towards the new in the knowledge that changing things is never easy and staying the same is not an option. It is people like you and me who venture into the unknown, who go into battle with adamantine institutional power, gritting our teeth for the inevitable backlash, because the things we have carriage of matter to the people who need them.
It is people who bring the necessary attention, focus, patience, receptivity and imagination to bear on human needs and hopes in order to change and improve human lives. It is people who have the energy, humour, compassion and practical skills to work together to bring about change.

To be innovative is to give birth to something new. And new means NEW, not something derivative or second hand; although the new can comprise threads of the past recombined into something original in the present.
To be innovative is to be of a place and time. The exigencies of place and particularity will shape the responses, materials, tools, thought processes, language and means with which to tackle the challenges at hand. Gaultier’s wonderfully transgressive couture would not have been possible without the eruption of feminism and gay liberation; Broadhurst may have been an eccentric genius in another historical era, but the specificity of her decorative designs was made possible by a post war appetite for modernism and mid century screen printing techniques.

“When we ignore how innovation actually works, we make it hard to see what’s happening right in front of us today. …all the little failures, trivialities and not-quite-solved mysteries that make the successes possible. This is what innovation looks like. It’s messy, and it’s awesome.”  Maggie Koerth-Baker, New York Times (2012)

Not knowing what to do next will often be resolved by doing something. Nothing extra is needed. Except, perhaps, a dose of devout irreverence.

Adapted from a presentation given at Library Innovations Forum, 23 March 2015 at the State Library of Queensland